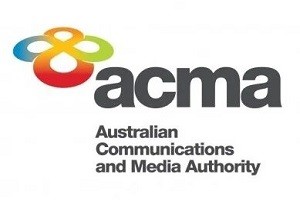 In Australia, the nation’s media and communications watchdog has announced that it has asked local Internet service providers to block customers from accessing six more unlicensed online casinos and associated affiliate marketing domains.

The Australian Communications and Media Authority (ACMA) used an official Thursday press release to detail that the move is part of its larger campaign against unlicensed or potentially shady online gambling sites and comes only two months after it put out an analogous request regarding the domain at ThePokies.net.

The ACMA stated that its most recent blocking request concerns the services known as Casino Moons, Winnerama, Extra Vegas, and Win Paradise and was lodged following the conclusion of a special investigation that determined these sites were ‘operating in breach of the Interactive Gambling Act of 2001’.

As such, the watchdog declared that the embargos involving the Gamblers Lab and LegitGamblingSites-branded domains should immediately prevent Australia-based punters from gaining access to the offending enterprises’ services.

Established in July of 2005, the ACMA disclosed that it first began asking local Internet service providers to block access to unlicensed iGaming domains some 33 months ago and has since singled out 568 illicit domains.

The watchdog furthermore asserted that ‘over 170 illegal services have also pulled out of the Australian market’ since it initiated a 2017 push towards ensuring all online casinos and their linked marketing sites meet a strict set of licensing and regulatory rules.

“Website blocking is one of a range of enforcement options to protect Australians against illegal online gambling. The ACMA is reminding consumers that even if a service looks legitimate, its unlikely to have important customer protections. This means Australians who use illegal gambling services risk losing their money. You can check if a wagering service is licensed to operate in Australia.”

The Sydney Morning Herald newspaper used a June 17 report to highlight an investigation from the Australian Gambling Research Centre that found one in every 20 Australians now enjoying online gambling had placed their first-ever wager during the country’s initial eight-week coronavirus lockdown, which began in March of 2020.

The ACMA purportedly asserted that it simultaneously saw the number of locals thought to be dealing with an addiction to gambling jump by 3% year-on-year to stand at something like 11% of the entire population.