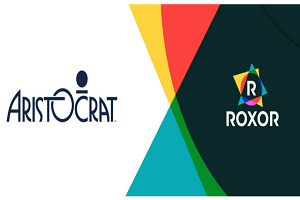 The Sydney-listed firm used an official Monday press release to detail that the arrangement for an undisclosed amount of cash is now set to become official during the first quarter of next year so as to allow it to improve the scale and growth of its real-money iGaming strategy. The company declared that the transaction for the subsidiary of private investments firm Anzo Group Limited also includes the target’s pair of in-house development studios to further boost its own ‘online real-money gaming-specific technical and product development talent’.

For its part and Roxor Gaming Limited was established in 2019 by the former Chairman of British iGaming firm Gamesys Group, Noel Hayden, and was previously responsible for all of this larger company’s in-house studio and product development activities. Aristocrat Leisure Limited divulged that its latest acquisition is licensed by regulators in Gibraltar and the United Kingdom with its 100-strong workforce having already developed some 150 games including the Secrets of the Phoenix, Double Bubble and Tiki Island video slots.

Mitchell Bowen serves as the Real-Money Online Gaming Chief Executive for Aristocrat Leisure Limited and he reportedly told a source that the arrangement to purchase Roxor Gaming Limited remains ‘subject to regulatory approvals and customary closing conditions’ and is to be funded out of existing cash with no expected immediate impact to his firm’s ‘material earnings.’

“Roxor Gaming Limited is a great fit for Aristocrat Leisure Limited and this acquisition is another step forward in our strategy to scale in online real-money gaming. We look forward to growing together with the talented team at Roxor Gaming Limited.”

For his part and Hayden reportedly asserted that Roxor Gaming Limited’s ‘innovative and highly scalable’ technology has already been launched into the iGaming markets of the United Kingdom and the United States and ‘supports efficient and feature-rich games and game development.’