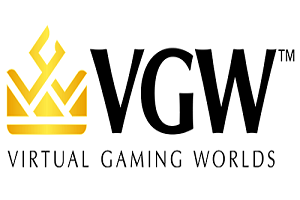 The Australian reports that the Perth headquartered company, fronted by Laurence Escalante, has almost its entire customer base in North America and achieved more than $300 million in pre-tax profit from a record $1.544 billion revenue for the six months to December 31.

The results means the company is likely to have made a net profit of more than $400 million in the 2021 calendar year.

It makes VGW one of the most profitable locally owned private companies in Australia, with the result being considerably higher than established businesses, such as Linfox, 7-Eleven, Kennards Hire, Competitive Foods and Meriton.

Mr Escalante, 40, also took home about $70 million of the $110 million in dividends paid to VGW’s shareholders.

“VGW has a strong balance sheet and we remain well-positioned for self-funded growth.”

The company has about $247 million in cash on its balance sheet to fund that growth, though management said VGW continues to have minimal capex needs, with all product development funded within existing employee expenses.

It now has 900 staff across Perth, Sydney, Manila, San Francisco, Toronto and Malta offices and it is contemplating a public listing in the US.

The company is also currently developing a range of casual non-casino-themed social games.

Mr Escalante owns about 65 per cent, and had a valuation of almost $3.4 billion attributed to it after some trading in its shares in August 2021.

While the business contemplates a US listing in future, shareholders can access some liquidity via an over-the-counter trading platform at Primary Markets.

VGW management has said there has been increasing inbound interest in the shares from private and institutional investors.