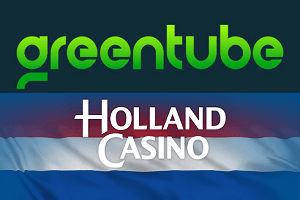 Gamblers in the Netherlands already know Novomatic games from brick and mortar casinos. But now online products will be available to players through Holland Casinos. Dutch gamblers will be able to play Greentube titles soon.

These changes became possible because of new regulations that came into force on the 1st of October 2021. 10 online gaming licenses were granted.

Holland Casino used to be a state–owned gambling monopoly. But in 2017 it went through privatization.

Novomatic in the Netherlands

Greentube was established in 1998 and acquired by NOVOMATIC in 2011. The most popular slot machines like Sizzling HotTM deluxe and Book of RaTM deluxe, now are available online same as Gemini Twin, Random Runner, Club 2000, Mega Slam Casino, and other titles.

Novomatic is a popular brand among Dutch players. And now they will have a chance to play their favourite titles online. Greentube will help to start a new stage of gaming in the Netherlands.

The online gambling market had a long path to liberalization because of privatization–related challenges. The market finally opened and ten licenses were granted. There still remained some technical problems related to the self–exclusion system. In three days the issues were solved and Holland Casino could finally accept online players. Other brands that were granted licences are Dutch Lottery (Toto), BetCity, Fairplay, GG Poker, Bet365, Batavia, Bingoal, Tombola, ad Livescore Malta.