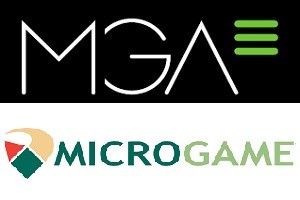 MGA Games of Barcelona, Spain has agreed to a deal with Italy’s Microgame to deliver custom, localized content to over 50 gaming operators through Microgame’s client network. The deal was signed by the CEOs of both companies, Joan Sanahuja, from MGA Games, and Marco Castaldo, from Microgame, in a formal signing at MGA’s Barcelona headquarters.

The agreement marks the start of a potentially long-term and mutually beneficial relationship in Microgame’s home markets.

Online casino operators on the Microgame network will be the first to have access to MGA Games’ “Italian Celebrities” series.

MGA Games’ forte is in recruiting local celebrities all over the world to “star” in their slots, video bingo, and table game titles which are focused on the local markets. Whether it’s DJs in Colombia, iconic media personalities in Spain, or Portuguese celebrities like Chef Chakall, the company serves over a dozen markets worldwide, mostly in countries that speak Spanish and other Latin languages.

Microgame is the leading game aggregator and content supplier in Italy. The company was founded in 1999.

CEO and founder of MGA Games, Joan Sanahuja said of the new partnership: “This collaboration represents an important step in our expansion strategy towards Italy, the second largest regulated market in Europe. Microgame has a profile that makes it the ideal partner. We are experiencing an exciting moment, preparing for our entry into the Italian market together with our celebrities.”

Marco Castaldo, General Manager and CEO of the Microgame group said: “We are really proud to be the first in Italy to include MGA Games, a real giant of online gaming, among our suppliers, and to be the first to bring its sought-after specialties to the Italian market. We are sure that this new partnership will further distinguish our offer, the most complete in the Italian gaming industry”.

Each of the companies hasover two decades of experience in the gaming industry and that solid history guarantees players and operators will have access to the great content on mobile and web channels.

Microgame enjoys the role of the first mover and greenfield pioneer as the Italian leader in iGaming. The company beefed up its fiscal structure in 2012 with the entry of Monitor Clipper Partners and Texas Pacific Group private equity funds which have about $70 billion in managed capital between the two concerns.