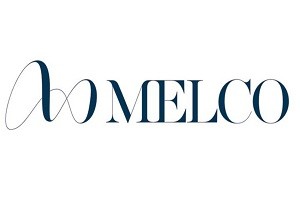 A Hong Kong-based casino Melco Resorts is being sued by NSW Independent Liquor and Gaming Authority because of its role in the inquiry into James Packer’s Crown Resorts. The NSW gaming regulator is claiming costs for the 18-months long investigation.

The regulator had an agreement with Crown Resort in May 2021. But they could not reach an agreement with Melco and proceeded with a lawsuit in the Supreme Court. In the investigation, ILGA charged Crown Resorts $12.5 million, and now the regulator claims $3.7 million from Melco. Melco is ready to cooperate, but in a ‘fair and reasonable manner’, said Melco spokesman.

Melco Resorts says the company hasn’t received enough data to evaluate ILGA’s request. The main question about Melco is focused on whether Melco boss’s father Stanley Ho had gained an interest in Crown’s casino. Stanley Ho was banned from receiving any beneficial stake in Crown because of his ties to organised crime. And this breached Crown’s licence conditions.

In 2019 Melco bought 10 per cent shareholding in Crown. At that period of time, Stanley Ho was an owner of 20 per cent of Melco’s parent company. During the investigation, he said he forgot this fact.

Crown Resorts directors were not aware of Stanley Ho’s interest before the deal. For that reason, commissioner Bergin stated that Crown did not violate its licence conditions. After that Melco sold its share in Crown to Blackstone.

Despite Ms Bergin’s conclusion that the Melco deal did not breach the licence conditions, some facts of money laundering were detected. The Crown was blamed for working with junket operators linked to the criminals. The commissioner stated that Ken Barton, Crown’s then-chief executive, did not fit for the position. Similar inquiries were initiated in Western Australia and Victoria. Melbourne casino manager to keep its licence, but it will go through further investigations. The final report on the West Australian inquiry will be delivered on March 4.