NSW government reforms taxation of casinos, which will bring in an additional $364 million 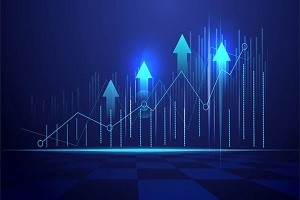 The Government has proposed increased tax rates on casino earnings from gaming tables and poker machines. The increased rates are anticipated to become effective as of 1 July 2023 to generate an additional $364 million in tax revenues in the State over the next three years.

Treasury official Matt Kean said that the new tax arrangements will support the State’s fiscal policy and its ongoing investments in communities recovering from the enormous impacts of COVID-19, floods, and bushfires.

“It’s important that casinos pay their fair share of tax. These reformed tax rates will replace the existing regime under which casinos pay less tax on poker machines than hotels and clubs,” said Kean. “These changes will ensure that the casinos continue to make an appropriate contribution to the community and support the delivery of vital Government services.”

The official also stated that thousands of people secure employment and entertainment with casinos across the State verifying the industry’s continuously significant contribution to the NSW economy. The latest tax rate increase will support such a contribution, said Kean. The measure will bring NSW tax rates in line with those applicable in

Victoria after recent announcements of officials that this State would amend its casino taxation arrangements within the 2022-23 Victorian Budget.

The potential tax changes represent the Government’s efforts to reform the gaming industry. The measure will affect the revenues of major NSW casino operators such as Star Entertainment Group, which Sydney operations made up half the company’s revenue in fiscal 2022. Furthermore, the company is in the middle of civil proceedings before the Federal Court facing allegations of failures in anti-money laundering operating procedures.

Star Entertainment is now “seeking to urgently engage with the NSW government as to the sustainability of the proposed tax changes and the impact on The Star’s business.”

The New South Wales Government is spending $33 million in the current year through the Responsible Gambling Fund to support individuals facing gambling issues, educate the community on the risks of gambling, and research gambling behavior to ensure responsible gambling practices across the State. This year, the Government allocated an additional $5 million to the Responsible Gambling Fund to prove its commitment to the well-being of the NSW population.