Online gambling on the rise in Australia 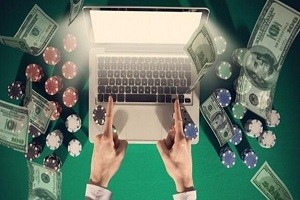 Online gambling and betting is becoming more popular in Australia, a new report from the Australian Communications and Media Authority has found.

Casino.org reports that the research compares the first six months of 2021 with the same period in 2020.

The ACMA points out that 11 per cent of the Australian gambling population participated in online gambling activity over the latest six-month period. A year earlier, that number was eight per cent.That indicates growth, but not on the level analysts thought would arrive. Online sports betting witnessed a similar growth rate of three per cent.

However, overall, this figure was significantly low compared to other betting options. During the six-month period in 2020, the rate was five per cent. There’s a neck-and-neck race between sports betting and racing in Australia. Sports betting is ahead at 57 per cent, but racing is almost even at 55 per cent.

Australians still haven’t caught the eSports betting bug though, as this segment only comprised five per cent of that total. By comparison, eSports betting in the US has as much as an 8.5 per cent market share.The most popular form of gambling in Australia hasn’t changed though, with 21 per cent of the adult population participating in online lotteries during the six months the research covered.

There’s still a certain percentage of Australians who prefer to use illegal platforms for their gambling activity, with five per cent of those involved in the research acknowledging the use of black market alternatives. Perhaps in an effort to further stem the black market activity, the ACMA wants more authority. Now, it only has “voluntary” authority, with no ability to make demands of gaming operators and other digital platforms.

The agency reached out to lawmakers this week to seek changes. ACMA chair Nerita O’Loughlin paid a visit to a Senate Estimates hearing, where she discussed how the ACMA doesn’t have the ability to compel the release of data on misinformation from digital platforms.This, she asserts, limits the agency’s ability to handle complaints.

While the conservation focused on information regarding digital platforms and not specifically gaming activity, it opened the door to the ACMA being given definitive regulatory authority.

Bao casino – special for your!