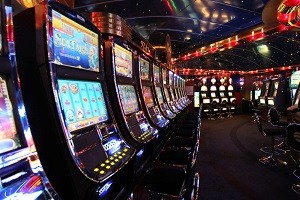 The legislation will allow venues to own or lease their own poker machines from mid-2023, ending the powerful Federal Group’s monopoly on gaming. It also slashes the tax rates paid by the Federal Group on poker machine takings at its two casinos, almost in half. Five members voted against the bill — Labor MLC Bastian Seidel and independent MLCs Ruth Forrest, Rob Valentine, Mike Gaffney and Meg Webb.

Eight voted in the affirmative, including all other Labor members and all the Liberal MLCs. The legislation now goes back to the House of Assembly for final approval, and it is expected to sail through. Ms Forrest said the legislation remained deeply concerning.

“A well-regulated monopoly would have been a better proposition,” she said. “This bill fails to deliver effective harm minimisation measures. I cannot support it, I’m surprised if others believe they can.” Mr Valentine said the bill was not in a fit state to become law. “It is not what I believe the majority of Tasmanians want,” he said.

Independent MP Kristie Johnston said the passage of the bill through to the Upper House was “utterly heartbreaking”.

“It is devastating for those who work in the community sector and I think we should be ashamed of our parliament today and the fact that we have an opposition and a government turning their backs on people who are most vulnerable in our state,” she said.

“Labor and Liberal should be ashamed.”

Greens leader Cassy O’Connor said the legislation was a “prize for the gambling industry”.

Deputy Premier Jeremy Rockliff said the debate had been exhaustive.

“The Government believes it does strike the right balance and it’s important also that there [is] harm minimisation work that needs to be done as well,” he said.

It is the end of an era for the family-owned Federal Group, which has held a monopoly on gaming licensing in the state for more than 50 years.

The company opened the state’s first casino in 1973 and was given the right to licence all poker machines when they were introduced in Tasmania 20 years later.