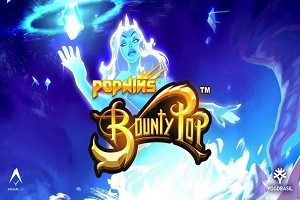 Avatar UX’s Bounty Pop pokie was released on the 30th of November, and just 4 days later a Swedish player won a huge prize SEK1.7 million. After the provider was launched in 2018 this is the biggest prize ever won in their games.

Bounty Pop is a 5-reeled pokie with three rows. Not only the pirate theme it can boast of but also plenty of special winning features. This game is the fourth title in the Pop Wins series released by Avatar UX provider.

The pokie is special because of its animations, and unique sounds. As the symbols appear on the screen they can trigger pokie’s features. One of them is AvatarUX’s PopWins which clears winning symbols and puts new ones. The reels expand up to six rows and a player can receive up to nine Free Spins. This is the part where you will have 59 049 winways.

We should also mention the Wheels that can please you with big prizes. You will have Base, Bronze, Silver, and Gold wheels. Speaking of the last one, it offers x3 to x100 multipliers.

How SEK 1.7 Million Was Won

The provider shared information about how actually the win happened. The player wagered SEK 200 and started the spin. Three scatters landed on the reels, and a series of Free Spins started.

On the fourth Free Spin, a pokie’s Bronze wheel was unlocked. And on the fifth Free Spins, a player achieved a Silver one. The seventh Free Spins gave access to the Gold wheel and awarded a player with SEK 17 740 prize.

After that, the bonus Gold wheel stopped its arrow on the x100 multiplier and brought a player an impressive SEK 1 748 000 wins.

Marcus Honney, the Avatar UX’s Managing Director commented that the fact the winning happened in their newest pokie made the event even more special. The lucky player experienced the maximum the PopWin mechanic can offer. All the options and features were activated.

Let us remind you that AvatarUX is an Yggdrasil Masters Partner, their pokies including Bounty Pop and other PopWin games are distributed by Yggdrasil.