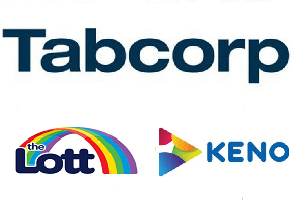 A well-known Australian gambling operator Tabcorp was accused of violation of New South Wales state’s gambling advertising laws and will have to pay a A$30,000 penalty. The decision was made by the Downing Centre Local Court in Sydney. Tabcorp was pleaded guilty.

The violations of advertising rules started in December 2019. A number of former players received advertisements via Instagram stories on their Instagram accounts. The operator was offering bonus bets to former customers.

The investigations into Instagram advertisement were conducted and it was stated that Tabcorp in their advertisement targeted bettors who used to have accounts with the operator but closed them.

The advertisement targeted about 900 former bettors from NSW.

The operator commented in the court that the information of the 900 former bettors who made a decision to close their accounts with Tabcorp was shared with Instagram because of an unintentional human error.

According to Magistrate Erin Kennedy, some of those former customers may have closed the accounts because of a gambling problem. They shouldn’t have received an advertisement encouraging them to gamble again.

Magistrate Erin Kennedy stated that Tabcorp also had other violations of state laws. In summer 2019 the company had to pay a A$14,000 penalty for conducting illegal gambling activities. Magistrate Kennedy also said that Tabcorp conviction and fine should be a warning for other gambling operators reminding them they should comply with the state’s gambling regulations.

Tabcorp had to pay an A$18,000 fine and A$12,276 in legal fees. Some other operators have also been hit with fines in NSW within recent months. Ladbrokes Australia and Neds had to pay A$207,500 penalties for offering illegal gambling activities.