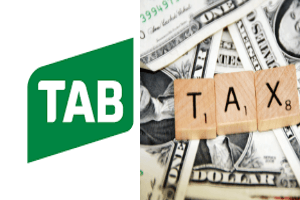 In Australia and bookmaker Tabcorp Holdings Limited has reportedly partnered with the Australian Hotels Association to launch a campaign calling on the nation’s states and territories to level the playing field between local totalizator organizations and online sportsbetting providers.

According to a Thursday report from the Australian Associated Press news service, this ‘fair play coalition’ kicked off last week via a series of newspaper and television advertisements depicting online bookmakers such as SportsBet.com.au sending their profits offshore in shipping containers. This push is purportedly also citing a recent filing from the Australian Securities and Investments Commission that foreign-owned bookmakers last year sent profits of more than $348 million offshore while handing over lower rates of taxes and fees to the horseracing industry than previously government-owned providers such as Tabcorp Holdings Limited.

Adam Rytenskild (pictured) serves as the Chief Executive Officer for Tabcorp Holdings Limited and he reportedly proclaimed that the rise in online sportsbetting ‘has changed the market substantially’ since his organization’s original licenses were issued. The boss moreover disclosed that most of these rival providers are owned by foreign entities and headquartered outside of Australia while being licensed by authorities in the Northern Territory.

Reportedly read a statement from Rytenskild…

“We are paying double the fees of foreign-owned operators, which was okay in a monopoly environment but not now. The market share of online operators has increased and they should be contributing the same level of funding to ensure the sustainability of the racing industry.”

For his part and the Chief Executive Officer for the Australian Hotels Association, Stephen Ferguson, reportedly compared the current state of affairs in the world of online bookmaking with big tech companies such as Facebook and Google trying to minimize the amount of tax they pay in Australia. The hospitality expert furthermore purportedly asserted that all of his members’ venues are locally-owned while online sportsbetting enterprises are ‘largely foreign-owned’.

A statement from Ferguson reportedly read…

The campaign from Tabcorp Holdings Limited has reportedly been launched only a few days after the operator settled outstanding litigation with the state of Queensland that is to see it hand over approximately $108 million in unpaid taxes. However, this deal is to purportedly remain contingent upon the government of Premier Annastacia Palaszczuk passing local legislation that will allow the firm to cancel agreements with Racing Queensland so as to pay a lower proportion of its revenues in industry duties.