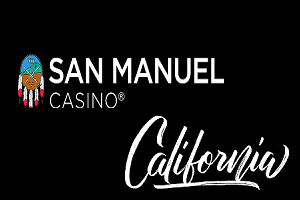 Highland Casino, Calofornia, owned by San Manuel is about to uncover the first phase of the $550 expansion.

San Manuel Casino was launched in 2005. In summer 2018 the construction began. On the first stage a larger gaming area, three more stores, a dining zone, and a new high limit room are to be constructed.

In July an expanded casino space is about to be open to visitors. Two more floors of gaming space will be included. 1300 new slots and 40 table games will be added to the games collection. A new high limit room named The Enclave will also be launched in two months. It is going to me smaller than already existing four high limit rooms but more exclusive. There are going to be 8 table games, 35 slot machines plus 11 bar top slots.

A 24-hour restaurant will also be Launched in July. It will serve different meals, and buy ingredients from the local farms. One of the main ingredients would be citrus, and it has also played an important role in the facility’s design.

One more intriguing this about the facility is a launch of three new stores focused on fashion – His and Hers. Luxury tech and travel accessories will be slod there to VIP gamblers. The players’ feedback inspired the casino team for such innovations.

Next Phases of Expansion

Some other significant changes will happen during the next stage of the expansion. A 17-story hotel featuring 400 suites will be launched. The planned opening date is late 2021. The hotel tower was topped off last autumn.

Later on an event venue will open doors to visitors. The date is not set yet, but it might be launched next year.

San Manuel us also going to purchase Palms Casino Resort in Las Vegas. The price is $650 million. The possible date of the deal is set for this year.