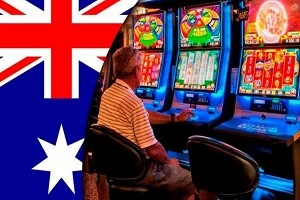 The Guardian reports that in December 2021, Victorians poured $251 million into the state’s poker machines, which represents the highest monthly loss in the state since records began.

It surpassed the previous record set in December 2008, when $250 million was lost to electronic gaming machines after the first wave of stimulus payments as part of the federal government’s response to the global financial crisis.

Pokies losses data released by the Victorian Gambling and Casino Control Commission revealed the state’s residents lost another $224 million in January, despite the havoc that record high COVID-19 infections wreaked on the hospitality industry that month.

The worst losses were concentrated in areas ranked as most disadvantaged, according to the Australian Bureau of Statistics’ index of relative socio-economic disadvantage, which calculates disadvantage based on factors including employment and income levels, and access to education and services.

Over November, December and January, $42 million was lost to pokies in Brimbank, with almost $15 million lost in December alone.

At the time of the last Census, the median household income for Brimbank residents was $487 a week for an individual and $1263 a week for a household, significantly below the state median incomes of $644 and $1419 respectively.

Brimbank has also been hit hardest by the state’s Omicron wave, reporting the highest number and rate of deaths from COVID-19 in the state since December.

Just five of the 79 local government areas in Victoria that contain poker machines accounted for more than a quarter (25.81 per cent) of the state’s pokies losses in the past three months.

Gambling reform advocates estimate that about 40 per cent of losses from electronic gaming machines come from high-risk gamblers, which means revenue levels for pokies licence holders, that is, gambling losses, is a rough measure of the levels of harm.

Reduced revenue, conversely, is a sign that harm minimisation measures are working.

In August 2021, in the midst of the royal commission, the Victoria government announced it would overhaul the regulatory body, the Victorian Commission for Liquor and Gaming Regulation, and the new VGCCC would have greater oversight in monitoring gambling harm minimisation measures in both the casino and broader gambling industry.

“Yes, people are waking up to the harm being done by this predatory industry,” chief advocate for the Alliance for Gambling Reform Tim Costello said.

“Yes, the Victorian government has committed to first steps in holding Crown accountable. But what about the hundreds of millions lost every month in pubs and clubs? What action is being taken to address this crisis?”

Costello pointed to measures such as pre-commitment systems that require gamblers to set limits on their gambling spending in advance, reduced opening hours for pokies venues and abolishing losses disguised as wins.

Samantha Ratnam, leader of the Victorian Greens, said the record-breaking losses were “unfortunately really shocking but also not surprising”.

“The longer we wait to protect people from the predatory pokies industry, the more families are likely to be preyed upon and the more it’s going to cost Victorians,” she said.

The Greens have advocated for harm minimisation measures, including $1 bet limits, $20 pre-loading maximums and jackpots not exceeding $500.