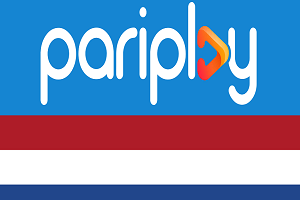 Online casino games supplier and aggregator Pariplay is gearing up preparations to enter the Netherlands as the local market is set to open on October 1.

The company announced Wednesday that it has secured 10 content supply deals with tier-one operator partners for the Dutch iGaming space and that a network of 30 game makers are ready to go live in the Netherlands via its Fusion aggregation platform.

The regulation of the Dutch online gambling market has been a long and oftentimes challenging process. A bill calling for the creation of a licensing regime that would enable local and international companies to operate in a regulated environment was passed by the government’s Lower House all the way back in 2016.

It was not until early 2019 when the Dutch Senate eventually approved the piece of legislation to pave the way for the start of the reorganization process. As mentioned above, regulated online casino and sports betting services are scheduled to kick off on October 1.

Pariplay, alongside a number of B2B and B2C digital gambling companies, has long been planning to enter the Dutch gaming market as prominent industry experts who believe the Netherlands has the potential to become one of Europe’s premier regulated iGaming territories.

Pariplay to Also Provide In-House Content in the Dutch Market

Pariplay further revealed that in addition to aggregated content, it will also provide a selection of its own gaming titles, produced by its in-house studios. The company plans to offer both games that are traditionally favored in the Netherlands’ land-based market as well as ones enjoyed by online players throughout Europe.

The providers said that 20 of its proprietary games will go live in the Dutch space next month and more will be added toward the end of October.

Pariplay says that its considerable experience and high-level of expertise across Europe it “an ideal aggregator partner for newly-regulated markets.” The company’s Fusion aggregator can be easily configured to meet legal requirements in different markets and its partners, both operators and game vendors, are also offered the advantage of using Pariplay’s in-house Games Regulations Technology solution.

The above-mentioned tool helps reduce development workload in getting market-ready.

The company also offers assistance to members of its Ignite studio partners program as they get their games certified for the Dutch market. Aside from this newly regulated territory, Pariplay and its products are also available in more than 15 other markets, including New Jersey, Michigan, Romania, Bulgaria, Spain, Colombia, Italy, and more.

Of their upcoming Dutch debut, Pariplay Managing Director of Games Joey Hurtado said that they are fully committed to “leveraging our considerable experience within the Netherlands gaming market to help studios and operators alike make a major impact” once the local market opens.